Why Pre-nups Are Not Only for Rich and Famous People

You don’t have to be a Kardashian to need a premarital (prenuptial) agreement. Here’s why. Many of us enter into marriages after years of successful earning and asset accumulation. Maybe you built a business. You may expect to inherit money. Maybe you’re really attached to the beach house you owned before you met. Even if you have been together for years, disparities in wealth, professional status, citizenship and age can create issues.  A premarital agreement is a means for both of you to determine up front how the assets that you bring into the marriage–and how what was once yours alone–will be treated if you divorce, or if one of you dies.

If you are unmarried, it can be fairly easy to dissolve a relationship that doesn’t work out (unless you own a home together). One of you can just move out. Until recently, that was the default break-up mode for same-sex couples who couldn’t get married. Marriage changes everything for anybody who decides to tie the not. D-I-V-O-R-C-E comes with even more risks and rules than you may have imagined. This is also a potential issue for couples who are registered as D.C. Domestic Partners.

Generally, all assets that you owned prior to your marriage (or assets that you inherit) are your nonmarital or separate property, but part of those same assets can become marital property after marriage. For instance, what if you own a business, get married and grow your business? If you get divorced, a court can determine that the increase in value of your business is marital property and that your spouse is entitled to a monetary award based on that increased value. Or let’s say that you alone owned a house prior to marriage. After the wedding, you continue to pay down the mortgage from your income and refinance the mortgage at some point. At divorce, your spouse might be entitled to some of the equity in your house–even if you kept it solely in your name. You can also lose your right to separate ownership of these assets at divorce if you “commingled” them with marital funds.

Furthermore, judges in divorce courts have great power to do what they deem to be “equitable” in distributing marital assets. They divide up a couple’s assets in ways they believe is fair, whether you agree it’s fair or not. In the Washington, D.C. area, many people who don’t think of themselves as rich have acquired substantial assets through years of Federal Government service, such as large TSP accounts and FERS pensions. They rely on these benefits for their eventual retirement. Losing even a portion of these benefits in a divorce might significantly alter your ability to retire as planned.

A court can also force the wealthier spouse to pay alimony to the less well-off spouse. Courts consider a wide range of factors in deciding whether or not to award alimony.  It’s very difficult to predict with any degree of certainty whether a court will award alimony, and, if so, how much and for how long. On the other hand, a premarital agreement can stipulate to the amount and duration of alimony, place conditions on it, or waive it altogether. Of course, opposite-sex couples have had to deal with this issue for decades, but the concept of paying alimony is likely foreign to most same-sex couples unless they have been married previously. Now that there’s a level playing field, it will become a real issue for them too as some of those marriages come to an end.

In addition, many issues can arise if you marry someone who has large debts, including significant school loans, or who is paying child support or private school expenses for children from a previous relationship. How do you and your spouse plan to apportion responsibility for debts incurred prior to marriage? Do you need to protect your assets from the payment for those expenses? Do you want those expenses to be paid from marital funds? It is best to address these issues prior to marriage so you can avoid resentment later on–and a financial burden you may not be willing or able to assume.

Getting married also changes the estate planning equation. Once you are married, there are significant restrictions that prevent you from disinheriting your spouse. In general, your spouse will be entitled to at least one-third of your assets when you die, whether or not that’s your actual plan. If you already have children, you might want to leave the bulk of your estate to them or your grandchildren. However, the same laws that prevent you from disinheriting your spouse will limit the amount that you can leave to your children.

Predictability is the biggest asset of a premarital (or postmarital) agreement. It’s the way to make your own rules for avoiding the issues we’ve just described.

1. You can protect the assets you already have, as well as any increase in value, from becoming marital assets.

2. You, as a couple, get to decide how your assets would be divided if you ever separate. Many agreements start with the basic concept that whatever you brought into the relationship you should get to keep and the assets acquired during the marriage should be divided on a predetermined basis.

3. You, not the court, define the amount and duration of alimony to be paid in the event of a separation, or whether alimony will not be paid at all.

4. You determine payment responsibility for debts incurred prior to the marriage or for outside expenses that do not benefit both spouses.

5. If you have reasons to leave assets to someone other than your spouse when you die, your spouse will agree to that in advance, which can prevent disputes later between your spouse and your heirs.

The old saying that “an ounce of prevention is worth a pound of cure” is the guiding principle of premarital planning. It’s not unromantic. It’s just sensible. 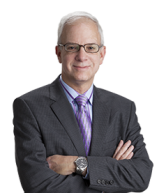