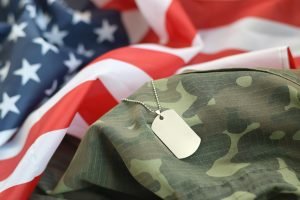 Dependent support through the military is only available in two situations: (1) if there is no state court order in effect; and (2) if there is no support agreement between the parties.  The military services are not family courts will defer support issues to the local family law courts.  The military dependent support guidelines are intended to provide temporary support to dependents until the parties are able to resolve the matter by agreement or through the family law courts.  In short, military dependent support is intended to be a stop-gap until the state court with jurisdiction over the matter can decide the issue.

As stated above, each service has a different method of calculating the service member’s dependent support obligation.  However, each service will only order a service member to pay dependent support if (1) there is no court order, and (2) no signed support agreement between the parties.  Each military service’s support requirements are set out below:

Responding to a Request for Navy Dependent Support:

The service member’s requirement to pay support for children is not affected by the spouse’s conduct.  If the children cannot be located or are not in the care of the person seeking support, then a waiver is appropriate.  The waiver request should contain affidavits of witnesses with personal knowledge of relevant facts, along with police reports, medical records and other evidence as well as the Commanding Officer’s recommendation if any. (MILPERSMAN 1754.030.5-7.)

The Army’s Dependent Support Guidelines (Army Regulation 608-99) provide for support based on a percentage of the soldier’s BAH II with [with dependents].  BAH II is the portion of the Basic Allowance for Housing that does not include locality pay (or variable housing allowance).  The BAH II is divided by the total number of people being supported (including the service member).   If the soldier or officer has five dependents then he or she would be required to pay the spouse 5/6 (83.3%) of his or her BAH II with (since there are six people including the soldier who are entitled to receive the allowance).

Responding to a Complaint for Dependent Support:  According to AR608-99-2.14, “a battalion commander may release a soldier from this requirement [to provide dependent support] if paragraphs (a) through (c), below, all apply—

(a)  An instance of abuse committed by the supported spouse against the soldier has been substantiated by either of the following:

(b)  The instance of abuse did not involve a mutual affray or an act of physical abuse by the soldier against his or her spouse (substantiated by a family advocacy case management team or court judgment or order).

(c)  The soldier is not receiving BAH–WITH solely on the basis of providing financial support to that spouse or agrees to terminate such BAH–WITH effective upon the date released from the support obligation.”

In addition to abuse, the support may be waived, if: “(5) [t]he supported family member is in jail.  (This does not give the battalion commander authority to release a soldier from the requirement to provide support required by a court order or a written financial support agreement.)”

Where there are civilian courts available to determine support and the service member has not evaded service of process, then the support may be discontinued after 18 months.  If the service member has been providing support without a court order to the spouse for 18 months, a battalion commander is authorized to release a soldier from the support requirement to his or her spouse, but not from the requirement to provide financial support to the children from that marriage. “This does not give the battalion commander authority to release a soldier from the requirement to provide support required by a court order or a written financial support agreement.” (AR 608.99(7).)

According to Chapter 15 of the Legal Administration Manual (MCO P5800.16A) all Marines must provide financial support to their dependents.  Perhaps in an effort maintain its identity as a separate military service (or perhaps just confuse matters further), the Marine Corps has implemented support guidelines that require two different formulas for determining dependent support.

All marines are required to pay support according to a court order or separation agreement currently in effect.  In the absence of either, the USMC created both a formula and a table for determining the required dependent support.  The support required is the greater of the two methods for calculating dependent support.  However, the Marine Corps caps the total dependent support at 1/3 (33 1/3%) of the service member’s gross monthly pay (pay and allowances before taxes and withholdings). This results in a dependent support amount similar to the Army’s guidelines.

To determine dependent support under the USMC guidelines, compare the amount in the center column (the chart) and the percentage of BAH and OHA (overseas housing allowance) in the column on the right (the formula). The value of a government housing unit (in lieu of BAH) is not counted as part of the service member’s income.

For example, if a Marine is married with two minor children (3 dependents), then he or she will be required to pay either $699 per month as dependent support ($233 x 3 dependents), or ¾ of the BAH/OHA whichever is greater.  Assuming that the Marine’s BAH is $2,500 per month, then dependent support would be $1,750 ($2,500 x ¾) per month (since it would be greater than the amount allowed under the chart ($699).  However, if the Marine earned a total of $4,800 per month in pay and allowances, then support would be capped at $1,600 per month – since support cannot exceed 1/3 of gross total pay and allowances.

If the same Marine is providing a government housing unit and not receiving BAH, then the amount shown on the chart for three dependents applies ($699 per month).  It would be greater than ¾ of his BAH (as he is not receiving BAH while residing in a government housing unit).  Compare the USMC dependent support guidelines to the Navy’s which would require a payment of 60% of gross pay (about $2,880 per month) — almost twice the one-third maximum allowed under the USMC guidelines.

– Spouse’s Income Exceeds Marine’s Income. However, this does NOT relieve the Marine from providing support to minor children.

– Spouse Abuse. The commanding officer may reduce or excuse dependent support where the Marine is the victim of spouse abuse. The abuse must be established by a conviction, a permanent restraining order, or determination of the Family Advocacy Case Management Team that abuse occurred at a level II degree of severity or higher.

– Payment of Regular and Recurring Obligations of the Family Member Requesting Support. If the service member is paying debts of the dependent requesting support “of sufficient magnitude and duration as to justify a reduction or elimination of support” then the commanding officer may reduce or excuse the support requirement. For example: if a Marine is paying the auto insurance premiums for herself and her husband, then the portion of the auto insurance attributable to the dependent spouse may be credited against the amount of support required.

Discussing the Air Force’s dependent support guidelines is a bit like talking about friendly ghosts.  There are no dependent support guidelines other than a general requirement that service members pay “adequate support to dependents”.  Like the other services, however, if there is a Court Order or Separation Agreement in effect then the Air Force requires its service members to pay support according to the Court’s Order or the parties’ Agreement.

Also, the Air Force Instruction emphasizes that BAH with (dependents) is intended for those providing support for dependents.  If the service member is not providing support to his or her dependents, then the Commanding Officer should reduce the BAH (to without dependents).  The Air Force’s policy toward dependent support seems to be reflected in the statement: “the Air Force has no authority to arbitrate cases of nonsupport or personal indebtedness.” Para 3.1.2 of AFI 36-2906.

For help with this or other military or civilian legal issues, contact me by email or by phone at 301-251-1180. Read more information about my practice.