The opinion does not have the force of a statute adopted by the legislature or an opinion issued by the state’s highest court. Rather, the opinion is intended to indicate how the courts of Maryland would rule when faced with the interpretation of Maryland laws as they relate to couples legally married in other states if those married couples happen to be gay or lesbian. Prior opinions of the AG had indicated that the courts would find same sex marriages a violation of the public policy of the State of Maryland and, for that reason, the courts would not require that they be treated with the deference traditionally given to the institutions of other states and countries. This opinion states that this is no longer the case.

While marriage is not a preferred course of action for all couples, whether same sex or not, it is certainly a fact that many rights, benefits and obligations arising under Maryland laws and regulations are tied to the status of marriage. While by no means an exhaustive list, some examples include:

If, as is sometimes the case, the statute or regulation ties the right, benefit or obligation to the status of marriage as it is defined by the federal government, the fact that a same sex couple is legally married under the laws of one of the states or a foreign country is of no consequence. That is, the right, benefit or obligation will not be extended or applied to the same sex spouse. This is due to the application of the federal Defense of Marriage Act. However, if the statute or regulation relates simply to the status of marriage, the outcome could be quite different.

A day after the AG’s opinion was issued, Maryland Governor O’Malley issued a press release that stated, “I am confident that the Attorney General and his office will provide all necessary advice to State agencies on how to comply with the law, and I expect all State agencies to work with the Attorney General’s office to ensure compliance with the law.”While this is certainly not definitive as to how state and local agencies will respond in light of the opinion, it seems to indicate that they are expected to do so.

In the meantime, the possibility that Maryland agencies will afford same sex couples certain additional rights and impose certain obligations must be considered in any evaluation by gay and lesbian couples on whether or not to marry, particularly now that it is possible to do so in the District of Columbia.

All couples must be mindful that the Maryland legislature has the power to prohibit the recognition of foreign marriages by same sex couples should enough of its members agree. It can do so by defining same sex marriage as against the public policy of the state or it can simply prohibit the recognition of same sex marriages performed in any jurisdiction. As the AG’s opinion indicates, certain legislators have tried in the recent past to propose this type of legislation but have been unsuccessful in finding the necessary support. However, until the legislature affirmatively adopts a statute approving the recognition of such marriages, the issue is not finally resolved. Still, for many same sex couples, the opinion represents a step in the right direction. 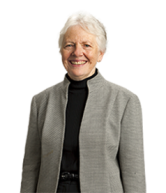