McMillan Metro, P.C. represents a number of residential builders and developers.  Over the years, the firm has come to recognize the great risk taken by a developer when it purchases a piece of raw ground and undertakes the entitlement, subdivision and development of a new project.  While the vagaries of the economy affect all enterprises to some degree, developers must also contend with potential changes in the governmental regulations and requirements that govern the approvals for their projects.  It is difficult to plan and fully evaluate risk when the target keeps moving.  A developer can also spend many years entitling a project, only to lose its approvals if it fails to act before its rights under those approvals vest.  For many years, developers had to contend with Maryland’s “late vesting” standard as enunciated in a line of cases including the 1993 decision in Prince George’s County v. Sunrise Development, in which the Court of Appeals held that “a developer’s rights in the development of a property vest only upon a level of visible commencement of lawful construction,”  the construction of actual dwelling foundations on the property.

More recently, numerous jurisdictions, among them Frederick County, Maryland, have entered into Development Rights and Responsibilities Agreements, pursuant to which the jurisdiction would agree to “freeze,” as of the date of the agreement, the application of certain extant local laws and regulations during a fixed period of time coinciding typically with the estimated build-out of the proposed development.  One recent case has confirmed the viability of these Agreements while a second, close on the heels of the first, suggests that just because the government can enter into a DRRA, the DRRA may not be binding on the government.

On December 28, 2016 the Court of Special Appeals decided Cleanwater Linganore v. Frederick County No. 1917 September Term, 2015 upholding the “freeze” provision of State law that authorized jurisdictions such as Frederick County to enter into a Development Rights and Responsibilities Agreement (DRRA) with developers.

In an opinion written by the Honorable Glenn T. Harrell (Senior Judge sitting specially) which I will now refer to as Cleanwater Linganore 1, posed what the Court found to be the “flagship question” about the validity of the “freeze” provision on State law that authorized jurisdictions to enter into a Development Rights and Responsibilities Agreement (DRRA) with developers.

As explained in Cleanwater Linganore 1,“DRRAs generally are bargained-for agreements between property owners/developers and local jurisdictions that, among other things, provide for “freezing,” as of the date of the agreement, the application of certain extant local laws and regulations during a fixed period of time coinciding typically with the estimated build-out of the proposed development…” The quid-pro-quo, in this case for Frederick County is that the County in return for the DRRA “negotiated greater public benefits than may be attained through typical governmental exactions or conditions of development approvals.”

According to the Court in Cleanwater Linganore 1, the “DRRA Act’s legislative history indicates that the Maryland General Assembly contemplated that DRRAs may freeze a broader range of local laws than just zoning ordinances.”  Citing its 1987 opinion in Kaczorowski v. Mayor & City Council of Baltimore, the Court in Cleanwater Linganore 1 embraced the 1995 determination by the House Commerce and Government Committee that the then proposed DRRA statute was intended to “solve the vesting problem” by “(1) prohibiting local governments from applying new regulations to on-going projects by defining when vesting occurs, and (2) authorizing the use of development agreements.”

So, until February 3, 2017 we who represent developers that crave the certainty provided by an executed and “bargained-for” DRRA settled in for a surge in the use of DRRA’s to secure and consolidate a developer’s legal footing to begin and complete a development project by entering into an agreement with a local jurisdiction that would govern “the pertinent legal domains, including amending laws and policies as necessary.”

On February 3, 2017 a slightly different Court of Special Appeals panel consisting of Judges Berger, Harrell and Kehoe in an opinion by  Judge  Berger, held in Cleanwater Linganore v. Frederick County No. 2212, September Term, 2015 (“Cleanwater Linganore 2”) that  a DRRA approved by the Frederick County Board of County Commissioners (“BOCC) allowing for the development of 675 residential dwelling units on the Blentlinger Property was void for lack of consideration because it lacked any “enhanced public benefits” to the County.

The Court in Cleanwater Linganore 2 observed that:

By agreeing to enter into a DRRA in Maryland, a local government grants rights to a property owner and insulates those rights from legal changes for a minimum of five years. The consideration provided to a local government by a property owner under a DRRA is not constrained by the constitutional limitations of “nexus” and “rough proportionality.” (Internal citations omitted). The voluntary nature of a DRRA allows a local government to negotiate public infrastructure improvements or other public benefit features beyond those that it may otherwise attain. (Emphasis added Cleanwater Linganore v. Frederick County No. 2212, September Term, 2015, Slip Decision page 15.)

In order for a DRRA to pass muster, the Court held, the DRRA must be supported by adequate consideration.  In the Court’s view – the “provisions of the DRRA do not reflect enhanced obligations of the developer. Rather, they reflect the obligations the developer would otherwise be required to satisfy during the course of the development of the property if no DRRA were in place.”

The takeaway from Cleanwater Linganore 2 is that a DRRA must require a development applicant “to provide some public benefit beyond complying with statutory land use standards and otherwise satisfying Adequate Public Facilities Ordinance infrastructure requirements.” Because the DRRA before the Court did not provide “enhanced benefits” to Frederick, the Court in Cleanwater Linganore 2 concluded that the DRRA before it was “void for lack of consideration.”

The good news is as determined by the Court in Cleanwater Linganore 1 – a bargained-for DRRA preserves rights to proceed with certainty notwithstanding Maryland’s “late vesting” standard, as discussed above.  The bad news is “it’s a contract” and it must be supported by adequate consideration – in this case by providing benefits (exactions) that go above and beyond what is already required.  Thus, in order to be assured of entering into a binding and enforceable DRRA, the developer would need to agree in the DRRA to do more than what is currently required of it.  It must throw the dice in the hopes that the “extra” to which it agrees will still be less than it might have been required to do in the future if it didn’t have the DRRA in place.  Now more than ever developers should have legal counsel review their DRRA agreements to be sure that they will satisfy the consideration requirement local jurisdictions must receive. If you need assistance in this area or other land issues, I am here to assist, Steve Orens email me at sorens@mcmillanmetro.com or my direct line is (240) 778-2324. 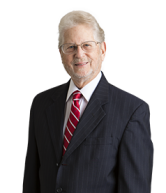