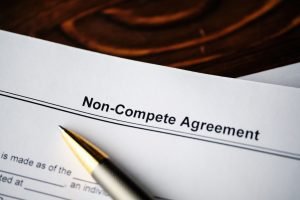 On December 15 2020, the D.C Council joined a growing number of other jurisdictions that have enacted legislation limiting the use of non-compete agreements.  The new law, known as the “Ban on Non-Compete Agreements Amendment Act of 2020 (the “Act”), effectively prohibits employers from entering into, or enforcing, non-compete agreements.  The Act will still require Congressional approval before it officially goes into effect.

The Act would preclude the use of non-compete agreements within a particular geographic area or for a period of time.  However, an otherwise lawful provision that restricts an employee from disclosing the employer’s confidential, proprietary information, customer lists or trade secrets is still enforceable.  Agreements made between the seller of a business and one or more buyers of that business restricting the seller’s ability to compete will still be enforceable.  In addition, specific exemptions exist for “medical specialists” which include licensed physicians who have completed a medical residency and are earning at least $250,000 per year.

Going forward, employers should still give strong consideration to requiring employees to sign properly drafted confidentiality and non-disclosure agreements to protect the employer’s proprietary information and trade secrets.  Subject to how the Act is interpreted, the use of non-solicitation provisions is also encouraged.

For more information about this and how we can assist your business, please contact Ronald Lyons at rlyons@mcmillanmetro.com or 240-778 2306.