A 2010 Maryland Court of Special Appeals decision has changed how those who build and sell new residential condominium units in the State need to treat amendments to documents that are filed with the State of Maryland as part of their approved Public Offering Statements (“POS”). The Maryland Court of Special Appeals in Kristin Herlson v. RTS Residential Block 5, LLC, Et Al., 191 Md. App. 719 (2010), interpreted the language of the Maryland Condominium Act addressing the effect of amendments to an approved POS differently than has been interpreted and applied in the past by both builders and the Office of the Maryland Secretary of State (the “State”) (the governmental office which receives and approves POS filings).

The statutory language in question is found in Section 11-126(d) and (e) of the Real Property Article of the Maryland Annotated Code, and provides, in part:

(e) Purchaser’s right to rescind contract of sale. – Any purchaser may at any time . . . (2) within 5 days following receipt of the information required under subsection (d) of this section, rescind in writing the contract of sale without stating any reason and without any liability on his part, and he shall be entitled to the return of any deposits made on account of the contract.

The Court in Herlson has changed this understanding completely. First, the Court held that the State’s advice as to whether an amendment to the POS is or is not material was entitled to no deference whatsoever. The Court went so far as to suggest that the State was acting outside the scope of its office by issuing such advice.

The Court then went further and held that, contrary to prior understanding and practice, Section 11-126(d) and Section 11-126(e) must be read separately.

The builder argued before the Court that the only way for a purchaser to approve or disapprove a material amendment is to rescind the contract and, this being the case, the sections must be read together to make sense. The Court, however, stated that it found nothing ambiguous in the language of the statute itself. Subsection (e) stands on its own and provides that “(b)y permitting rescission ‘without stating any reason and without liability’ on the purchaser’s part, the issue of ‘materiality’ rests with the purchaser to ‘approve’ the amendment by proceeding to settlement or to ‘disapprove’ by either rescinding the contract to purchase, or, perhaps, in some instances, renegotiating the contract.” In sum, the Court saw nothing in subsections (d)(1) or (d)(2) that indicates a clear intention to limit the purchaser’s rescission rights undersubsection (e).

Sadly, we believe it was unnecessary for the Court to go as far as it did to reach this result. The Court also found that the amendment in dispute did materially affect the rights of the contract purchaser. The Court’s decision could easily have avoided going as far as it did to change the existing interpretation and practice.

For those of us who have, for many years, interpreted the sections of the statute as being interdependent, it seems to defy logic that a purchaser should be able to rescind a contract if an amendment to the POS does not materially affect the purchaser, or the amendment is required by government or is a result of actions beyond the control of the builder. The prior interpretation seems the fairer result. However, none of these factors now have any bearing on whether or not a purchaser is entitled to rescission. If there is an amendment to the POS, the purchaser is entitled to rescind his contract. The Court’s decision renders subsections (d)(1) and (d)(2) largely meaningless.

Following the Court’s decision, the State has stopped issuing statements regarding the materiality of the POS amendments that are submitted. This is probably the right response, as it would have been difficult in most cases for the State to actually know whether or not an amendment materially affected contract purchasers. Still, it was helpful for Builders to be able to rely upon such a system. According to the Court, materiality of an amendment no longer matters for purposes of determining whether the purchasers have the right to rescind their contracts.

It is certainly debatable whether the Court was correct regarding the intention of the statute with its limited interpretation of the application of the “materiality” standard. It would appear there is an argument that the Court’s decision is contrary to how the statutory language was intended by the legislature to be applied. It is certainly contrary to how it was previously applied and interpreted by both builders and the State. After this case, however, only a change to the statute by the legislature can address what seems to be an illogical result. 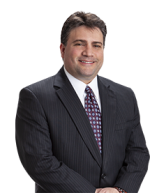