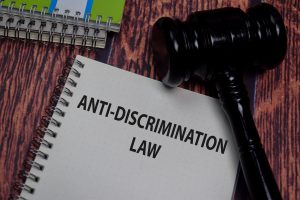 Employers, schools, and real estate developers should take note of a new Executive Order issued on Inauguration Day which gives an expansive reading to last summer’s Supreme Court decision in Bostock v. Clayton County. In Bostock, conservative Justice Neil Gorsuch writing for a 6:3 majority held that Title VII’s prohibition on employment discrimination “because of . . . sex” covers discrimination on the basis of gender identity and sexual orientation.

Executive Order 13988 extends the reasoning in Bostock to other landmark federal anti-discrimination laws including Title IX, which prohibits sex discrimination in schools and colleges, the Fair Housing Act, and the Immigration and Nationality Act.

Expect the Standards to Shift

While the Executive Order received both swift praise and swift critique, one thing is sure: expect to see more viable claims of sex discrimination from LGBTQ people. For example, our office has already seen claims in which the employer faces significant liability arising from the sex-stereotyping actions of co-workers and managers who do not “accept” an LGBTQ employee’s status.

As claims like these make their way through the local, state and federal civil rights agencies including the EEOC and the Department of Education Office of Civil Rights, the legal standards may become muddier before they become clearer.

Savvy employers will double down on their efforts to support their workplace cultures. Effective anti-harassment policies and regular training are becoming all the more critical to maintaining healthy workplaces and limiting legal risks. Some business clients are being proactive in shifting to gender-neutral language their employee handbooks and other publications.

We serve all your business, employment and education law needs. Please contact Natasha M. Nazareth at nnazareth@mcmillanmetro.com or Ginny Cascio Bonifacino at gcbonifacino@mcmillanmetro.com for more information.