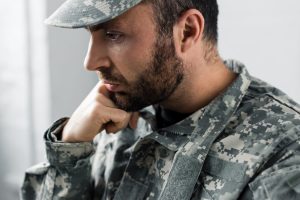 If you are in the military (or married to a military service member) and considering a separation or divorce, there are usually two options available: (1) you can negotiate a Marital Separation Agreement; (2) or you can pursue a divorce through the state court. Deciding whether you should get divorced or remain married but separated may have important financial consequences.

Last year about 30,000 military couples got divorced, according to the Pentagon’s statistics. Over the past 12 years, divorce rates among military couples have ticked upwards as the stresses of war, long deployments and tight financial circumstances have caused more relationships to fall apart. Female service members are particularly likely to get divorced. Each year one out of every 11 female service members gets divorced. The reasons for the high military divorce rates are as diverse as the couples separating. This addresses what options you should consider if you are a military service member or military spouse and you believe your marriage is over.

The first question you should ask is whether you should get a divorce. While you may want to be rid of your spouse, it is not necessary to get a divorce to end your marriage. Often, it is in your financial interests (as well as your spouse’s) to remain married even after the marriage is over. In states like Maryland, state law requires a couple to be separated for at least one year before either is eligible to file a petition for divorce (unless you can prove adultery, cruelty or there is a signed Separation Agreement resolving all issues). While you are waiting for a divorce or to preserve your military or tax benefits, it is often advantageous to negotiate a Marital Separation Agreement with your spouse.

Until a Judgment of Absolute Divorce is entered by a court, the parties remain legally married. The military service member remains entitled to housing allowance at the “with dependents” rate (usually worth about $300 per month). The military spouse continues to be covered by the military’s health insurance plans (TRICARE and Delta Dental) without paying COBRA charges. Also, any pension or retirement benefits or other assets that the military member or military spouse accrues before the final divorce is considered marital property. A Marital Separation Agreement allows a married couple to separate all of their assets and debts as if they were no longer married.

What Is A Marital Separation Agreement?

When a final (or absolute) divorce is not available or not desirable, a Marital Separation Agreement allows a married couple to separate and move on with their lives even though they remain legally married. A Marital Separation Agreement (also called a “Separation Agreement” or an “MSA”) is a binding contract between a married couple that settles some or all of the issues arising from their separation. Typically, a married couple will reach an agreement concerning issues like child custody, support and visitation, spousal support, division of the marital assets and debts as well as who will live in the marital home. An MSA usually covers other areas as well; including, taxes, college tuition, health and life insurance coverage, and rehabilitative or indefinite alimony.

The Benefits of Remaining Married Under A Marital Separation Agreement

The benefits of the MSA (as opposed to a contested divorce) are: (1) it’s quicker and much less expensive than contested litigation; and (2) it allows the parties to negotiate a resolution to their marriage without a judge imposing one on them; (3) the parties although separated remain legally married (which is often has financial advantages); and (4) the parties can get divorced quickly whenever they decide to without contested litigation, if they have a signed Marital Separation Agreement resolving all issues.

If you would like to learn more about marital separation agreements in the military, getting the right legal guidance is critical. Having legal counsel who is familiar with the domestic relations laws in your state as well as legal issues specifically affecting service members will be to your benefit. Read more articles related to getting a separation or divorce if you’re in the military. For help with this or other military or civilian legal issues, contact me by email or by phone at 301-251-1180.